Django is one of the most popular open source full-stack web development Framework written in Python. Django is a framework for perfectionists with deadlines, it takes care of much of the hassle of Web development, so you can focus on writing your app without needing to reinvent the wheel.

In this article, we will go over the steps for creating and running a Django Project.

A project is a collection of settings for an instance of Django including database configuration, Django-specific options, and application-specific settings.

Note that, I am assuming that you have activated your virtual environment where your Django installation exists. Next, run the below command.

You’ll now notice within your workspace there is a directory set to the name of your new project, mysite. Inside the directory, there is another directory with the same name as the project and a python script named manage.py

Inside the second level project directory, there are another 4 Python scripts. So the default Django project can be illustrated as follows.

__init__.py -  a blank Python script whose presence indicates to the Python interpreter that the directory is a Python package. This file allows Python packages to be imported from the directories they are present.

settings.py - Contains the configuration settings for the Django project.

manage.py -  a command-line utility that lets you interact with your Django project in many ways. This script is responsible for all project specific tasks.

Note that, there are two directories with the project name, this might seem confusing at first however you can always change the name of the outer directory which occasionally referred to as the Base Directory. The second level project directory is hardcoded in some of the Django specific files so better not mess with it.

Now that we have created a Django project we can see it in action in the browser. Django comes with a built-in web server for development. Navigate to the Base directory where manage.py is, and run the below command.

Ignore all the migration errors for the moment, Now open your preferred browser and go to http://127.0.0.1:8000/ If everything went right you should see the default the page of Django. 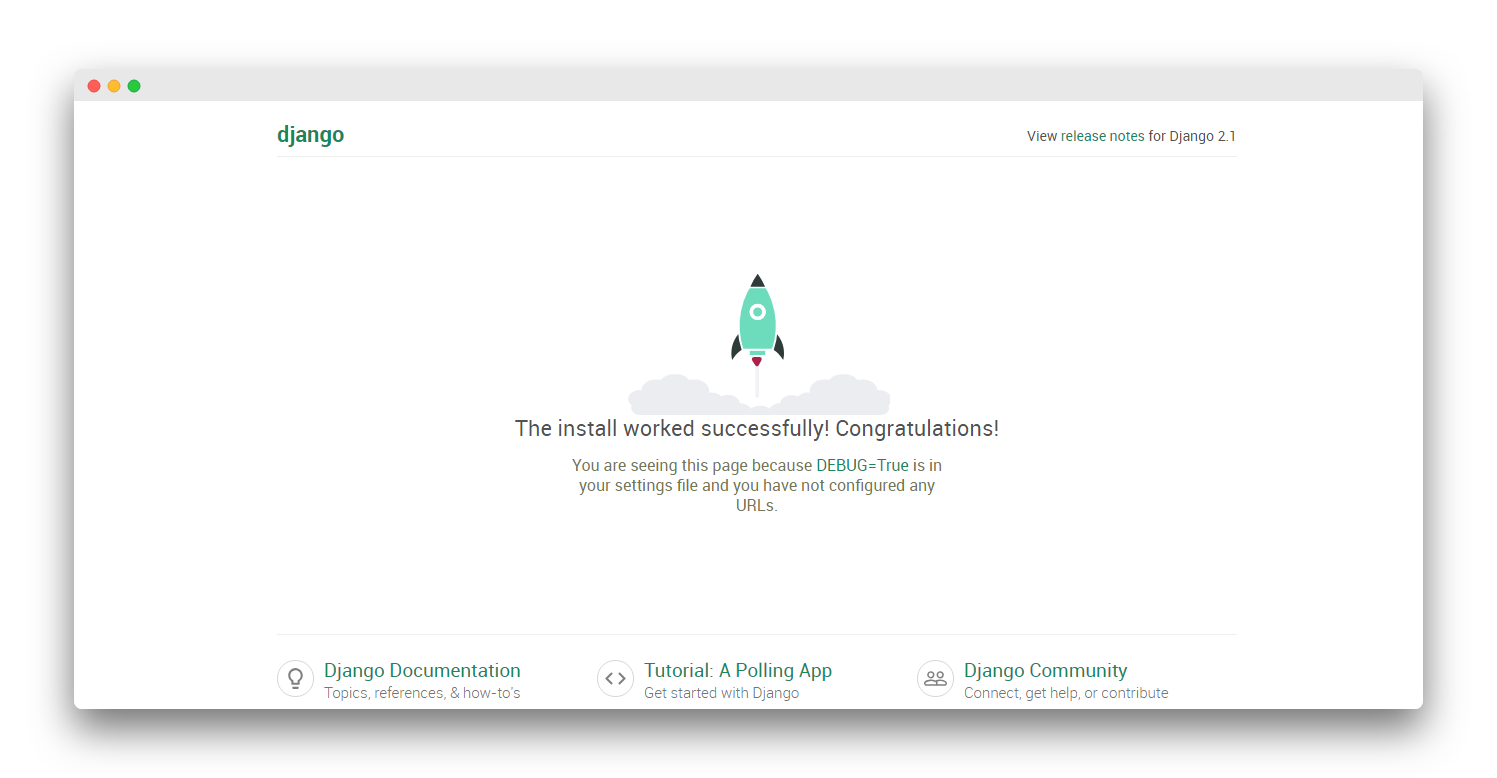 To stop the server press ctrl + c in the terminal window. Running the application on a different port is also possible you just need to pass the port number along with the command.